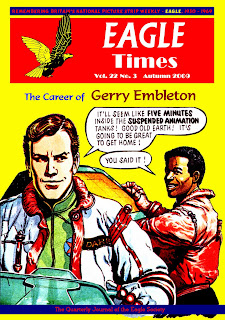 Autumn 2009 contents
The cover art illustration for this issue is by Gerry Embleton and features 'Dan Dare' from the "new" Eagle, 1982
Posted by Will Grenham at 22:45 No comments: