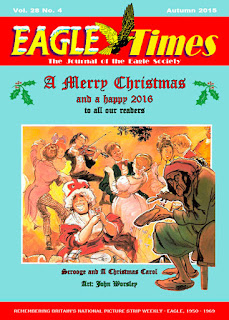 This issue's cover depicts Christmas scenes by the artist John Worsley
Posted by Will Grenham at 12:34 No comments: