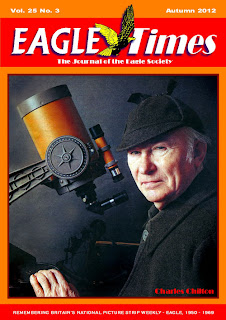 This issue's cover photograph of Charles Chilton is from a 1985 issue of Radio Times
Posted by Will Grenham at 00:00 3 comments: