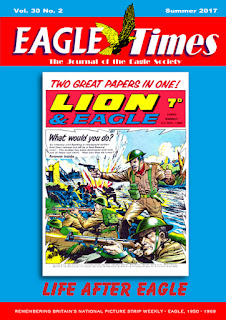 This issue's cover shows the first issue of the combined Lion and Eagle, 3rd May, 1969

Posted by Will Grenham at 12:58 No comments: