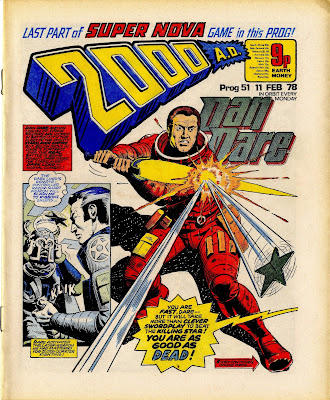 Congratulations to 2000 A.D. weekly which celebrates its impressive 45th anniversary this February. It was the comic which brought back Dan Dare after a seven year break following the end of his repeated adventures in Lion. However it was a rather different Dan than the one that EAGLE readers remembered. Having been seriously injured in an encounter with the Mekon, Dan was placed in suspended animation until his wounds could be healed and returned with a new face to the much changed world of 2177. Initially featuring artwork by Massimo Belardinelli, who drew two eleven part serials about Dan's battle with the Biogs on Jupiter and an encounter with the Mekon on a planet close to a Black Hole, the strip was taken over by Dave Gibbons who drew most of the long Space Fort saga about Dan's expedition to the 'Lost Worlds' and the whole Crystal of Life story, where he again faced the Mekon. Unfortunately 2000 A.D.'s merger with Tornado which necessitated the dropping of some strips to allow some Tornado characters to be included curtailed Dan's adventures with him being chased by Earth's security forces after being framed by the Mekon. Although there were plans to complete his story with a plot that would have involved him travelling back in time to prevent the incident in which he received the serious injuries, thereby allowing him to resume adventures in his original form, it never happened and his next appearance was in a revived EAGLE in 1982, when the stories focused on his great great grandson.
Although Dan Dare was the lead strip at the launch of 2000 A.D., M.A.C.H. 1 a strip inspired by the then popular TV series The Six Million Dollar Man was initially the most popular strip, but it was soon overtaken by Judge Dredd, about a future lawman in a giant city which is still hugely popular and has spawned two feature films. Over the years 2000 A.D. has featured many other successful strips, including Strontium Dog, ABC Warriors, Rogue Trooper, Slaine and Nikolai Dante.
There were many links between the 1980s EAGLE and 2000 A.D. Pat Mills, who created 2000 A.D. wrote the first long Dan Dare story for the 1980s EAGLE and John Wagner, who created Judge Dredd contributed to this story. Alan Grant, Gerry Finley-Day, Alan Hebden and Tom Tully also wrote for both publications. Several artists, including Carlos Ezquerra, Mike Dorey, John M. Burns, John Ridgway and David Pugh, also contributed to both, with Tom Tully and John M. Burns having worked on the original EAGLE as well, where Tom Tully wrote Heros the Spartan and John Burns illustrated Wrath of the Gods.
2000 A.D. produced two Dan Dare Annuals (for 1979 and 1980) based on their version of the character, with the first chronicling the story of how the original Dan received his injuries and became the 2000 A.D. version in a strip drawn by Trevor Goring. These annuals also included repeats of U.F.O. Agent strips from the 1960s EAGLE, while the 1979 and 1980 2000 A.D. Annuals included repeats of Guinea Pig strips from EAGLE. Three strips from 2000 A.D., M.A.C.H. 1, M.A.C.H. Zero and Ant Wars, were later reprinted in the 1980s EAGLE. 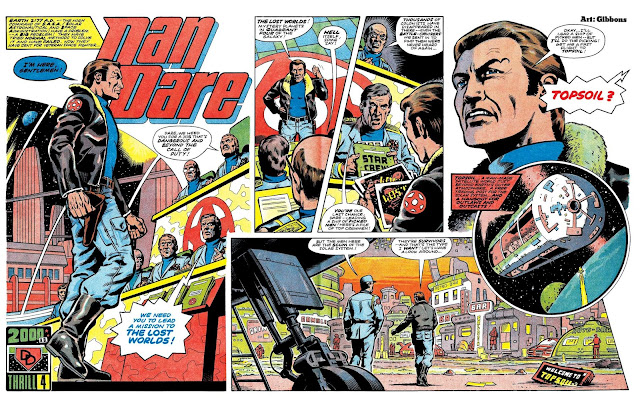 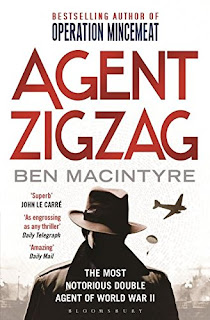 In his book Agent Zigzag, the story of Edward Chapman, a British double agent in the Second World War, Ben Macintyre dealt with one of the most important figures involved in counter espionage against the Germans, Captain Ronnie Reed. Writing about his skills with radio, Macintyre said: “He could build a wireless from scratch and with his schoolfriend Charlie Chilton (who went on to become a celebrated radio presenter and producer) he would broadcast to the world from his bedroom with a home made transmitter: Ronnie would sing a warbling rendition of Bing Crosby’s Dancing in the Dark while Charlie strummed the guitar. The outbreak of war found Reed working as a B.B.C. radio engineer by day and flying through the ether by night with the call-sign G2RX.” 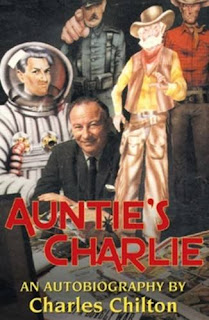 After the War Charles Chilton became the creator of the popular radio series Riders of the Range which later became one of EAGLE's most popular strips. Another popular radio series he created was Journey Into Space. Charles mentioned Reed in his own autobiography Auntie’s Charlie. Indeed he included and acknowledged the exact quote from Agent Zigzag given above. However Charles also pointed out that their broadcasting activities caused problems for the neighbours. He wrote: “The trouble was that everyone in the district who had a radio could hear us too and their reception of the B.B.C. was ruined, so we received many complaints and were lucky the police never found out about what we were doing because it was totally illegal.” By the outbreak of war, Charles had become a B.B.C. producer and after his call up served in the R.A.F. as a radio operator, later working for Allied Forces Radio (South East Asia Command) in Ceylon. 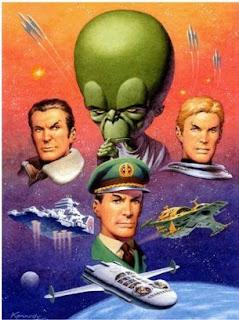 The popular Dan Dare artist Ian Kennedy has sadly died aged 89. Ian illustrated the strip for the 1980s EAGLE, taking over from Gerry Embleton in 1982 and quickly establishing himself as one of the greatest Dan Dare artists. He drew the adventures of the original Dan's great great grandson, but his work successfully captured the spirit of Frank Hampson's original. He also drew a strip for the 1979 Dan Dare  Annual featuring the 2000 A.D. version of Dan. He drew the original Dan on two occasions. First in several episodes of the 1986 EAGLE serial Nightmare on Dreamland, where the original Dan meets his great great grandson and then in a 1990 EAGLE Dan Dare Summer Special strip. Above are his interpretations of all three versions of the character. Highly regarded by fans of the 1950s EAGLE as well as the 1980s version, he was Guest of Honour at a memorable EAGLE Society's Gathering in his native Dundee in 2019, when he spoke with great enthusiasm about his work and visited all the tables at the Annual Dinner to talk with every group of attendees. At this meeting we discovered that he had actually made a contribution to the original EAGLE, producing 'drop in' illustrations for an article about the gunfighters of the Old West called Quick on the Draw, for EAGLE ANNUAL No. 5. using the name 'Charles I. Kennedy'.

Over more than seventy years Ian produced a huge body of work for D.C. Thomson's comics and magazines, who are based in his native Dundee. He became a freelance artist in 1954, continuing to produce art for Thomson's as well as Amalgamated Press (later Fleetway and I.P.C.) and other publishers. He drew strips for Thomson's Hotspur, Rover, Victor, Wizard, Judy, Bunty and Diana weekly titles among others and also their Commando, Red Dagger and Starblazer complete story comics. He produced the cover art for more than 1200 issues of Commando. For Amalgamated Press he illustrated several of their Picture Library titles, including Air Ace, War and Thriller. He also worked on Knockout, Buster and Lion. In the 1970s he produced strips for I.P.C.s Battle, Starlord and 2000 A.D. In the 1980s he drew the Blake's Seven strip for Marvel's magazine of the same name, before taking over Dan Dare. Later he worked on MASK and Wildcat comics, which merged with EAGLE.

Ian's great love was aircraft and he was able to indulge his enthusiasm for illustrating them in his many contributions to comics. He was able to develop his expertise in drawing aircraft further in his science    fiction strips, including Dan Dare, where he designed convincing spacecraft and created exciting action scenes. He will be greatly missed.
Posted by Jim Duckett at 13:58 No comments: