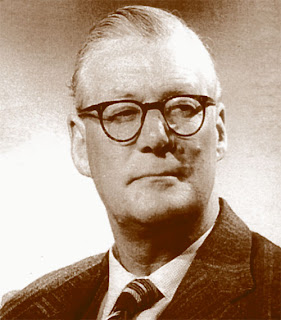 John Henry Gordon ("Don") Freeman was born in Croydon, Surrey, and attended St. Joseph’s College, Streatham. The youngest of three children, all of whom developed an early interest in writing stories and compiling "magazines" from their efforts, he was the only one to actually go into publishing. When he did, the majority of his lifetime output was as a staff writer for the Daily Mirror, which he joined in 1918 at around the age of 15.

Initially taken on by the Daily Mirror as an office boy, his first published work in the Mirror is believed to have appeared on the children’s page in January 1922, although he also worked on the sports page around that time. He became assistant to Bertram. J. Lamb, who as "Uncle Dick" was the editor of the Mirror’s children’s pages, and he provided story lines and many of the rhymed adventures of ‘Pip, Squeak and Wilfred’ in the Mirror and in the cartoon characters’ associated annuals published between 1923 and 1940. Following, or shortly before, Lamb’s death in 1938, he took over as "Uncle Dick". His contributions included stories credited to himself (as J.H.G. Freeman), and other pieces credited to "Uncle Dick" or other pseudonyms. His poems were published daily for at least five, possibly ten, years in the Daily Mirror. In 1930 a collection of his verses, The Rhymes of Merry Andrew was published. Also in the early 1930s a school story by J.H.G. Freeman, entitled Plain Smith IV: the Story of a Fortune was published as part of the Nelson "Red Star" series, reprinted later as part of the same publisher’s "Captain" series.

Gradually the Daily Mirror’s cartoon page became more adult. In 1936, "Don" Freeman (as he was known) adapted Edgar Wallace’s Terror Keep into a comic strip (drawn by Jack Monk). When that strip was "pulled" for copyright reasons he developed a new character, ‘Buck Ryan’, again with Monk as artist. The strip ran from 1937 to 1962. The number of strips he was scripting increased. From 1938 he began to write ‘Jane’ (“the strip that won the war”) for Jane’s creator, the artist Norman Pett, and when Michael Hubbard took over the drawing, Don continued scripting ‘Jane’ until 1953. In 1943 Don also took on ‘Belinda Blue Eyes’ (created by Steve Dowling), recasting it as simply ‘Belinda’ with its new artist Tony Royle. ‘Belinda’ folded in 1959. In the meantime, from 1944 until 1952 he also wrote ‘Garth’, which since its debut the year before had been written and drawn entirely by its creator Steve Dowling, who continued to draw it. Don was responsible for developing many of the characters and plot devices in Garth, including Garth's origin story.
While Don "wrote" many strips, his technique involved more than that might imply, and his contributions were more collaborative. Rather than typing out his scripts, his technique was to "rough" out the story, sketching it in pencil as he visualised it, for the artist to use as a guide.

In 1941 he had married and in 1945 the family, which by then included a son and daughter, moved to East Grinstead in Sussex, where a second son was born in 1946. Shortly after moving to East Grinstead, Don began using the pen-name "Gordon Grinstead", possibly so that he could take on non-Mirror work. Under his new pen-name, he produced a novel, Angela Darling, which was published by Rylee in 1949. Between 1959 and 1963 he wrote seven children’s educational books for Cassell & Co Ltd under their “for Silver Circle readers” banner. His other freelance work included that for Hulton Press: firstly ‘Sally of the South Seas’ which appeared in Girl and then ‘Knights of the Road’ for Eagle.

‘Knights of the Road’, the adventures of “Sir” Ted Knight, a lorry driver and his younger brother Frank, who were partners in a road haulage business (“Go Anywhere – Carry Anything” was their motto), appeared weekly in Eagle for two years from 19th March 1960 until 7th March 1962, drawn throughout by artist Gerald Haylock. It was no coincidence that the character “Lofty” in the ‘Knights of the Road’ story ‘The Grange Street Gang’ looked remarkably like the younger of Don Freeman’s sons. 'Knights of the Road’ also made a couple of appearances in Eagle Annual, once as a text story, and then in comic strip form.

Don was well read, and largely self-educated. All his stories drew on history and geography, which he researched thoroughly, often taking his family on holidays to research the places he wrote about.

In the early 1960s Don moved with his family to Bexhill on Sea. He continued his historical research joining associations in pursuit of his interests, but gradually he wrote less, though he continued with some editing work. It had been his ambition to write a Great Novel, but this remained unfulfilled when he died at Bexhill on 8th July, 1972. 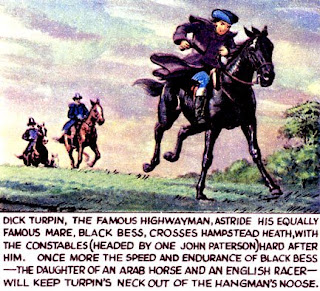 The Guy Chester Centre
Muswell Hill
24th - 26th April 2009
Our Social Secretary, Nigel McMurray, has again asked me to post, for the benefit of Members, the highlights for the Eagle Society Weekend, which this year will be held at the Guy Chester Centre, Muswell Hill, London.The package will include 2-night’s accommodation and most meals, including the Society’s Annual Dinner, plus two days of activities including talks and tours, beginning in the late afternoon of Friday, 24th April and concluding after lunch on Sunday, 26th April. The centre, which is a Methodist Retreat set in 10 acres of gardens and woodlands, has a car park, en-suite rooms and disabled facilities. Highlights of the weekend will include:
For Members of the Eagle Society, the cost for the weekend, which includes two nights accommodation, is £110 sterling per person for a shared room, with an extra supplement of £20 per person for single rooms (subject to availability). Non-members wishing to take part should enclose in addition the appropriate (UK or Overseas) Membership Fee (separate cheque, please) with their application.
If you would like more details, or to confirm details and/or availability of places, please contact Nigel by e-mail . Or to make a definite booking would Members please write, enclosing payment (in £ sterling, please, cheques made payable to the Eagle Society) to:

The illustration is the opening frame of 'Black Bess', from the series 'Famous Horse Stories', drawn by Raymond Sheppard. It appeared in Eagle Vol 5 No 40 (1st October, 1954).