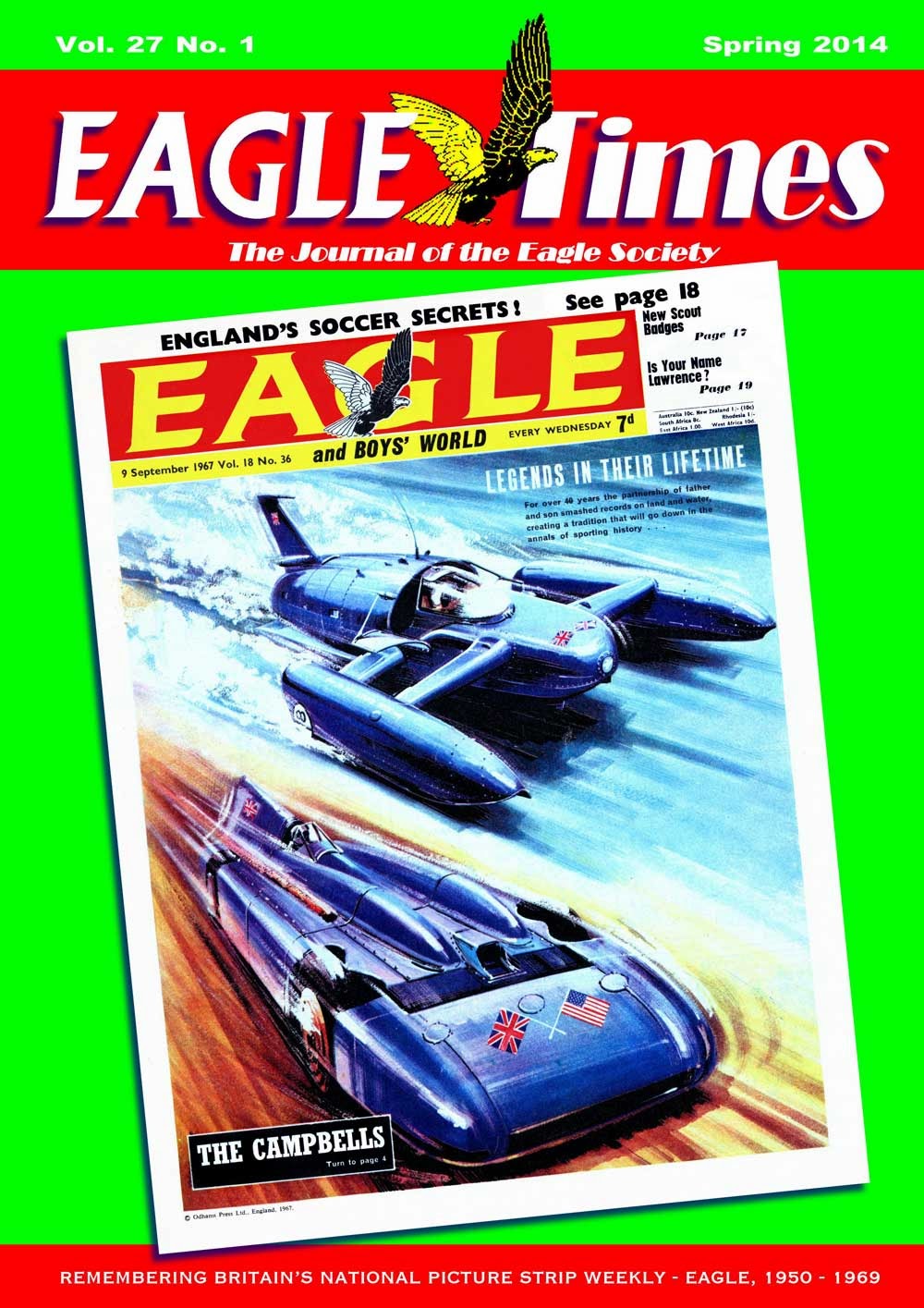 The cover of this issue of Eagle Times shows the cover of Eagle and Boys' World,  Vol. 18 No. 37 (9th September, 1967), featuring 'The Campbells: Legends in Their Lifetimes'
Posted by Will Grenham at 00:00 No comments: