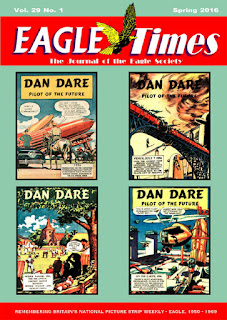 This issue's cover features opening frames from Frank Hampson's first Dan Dare story (written in 1950), depicting events in the (then) future 1996
Posted by Will Grenham at 16:22 No comments: