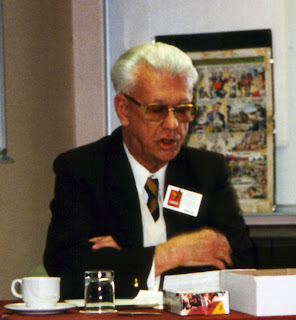 Email ThisBlogThis!Share to TwitterShare to FacebookShare to Pinterest
Labels: geoffrey bond, luck of the legion, writers

I have just picked up a book of the Baden Powell story by Geoffrey Bond. It seems to be a collection of that was serialised in the Eagle.

I don't know if the pictures in the book are the same as the Eagle as they are signed as Kenneth Brookes.

I'm glad to have stumbled upon this blog and have found this information very interesting.