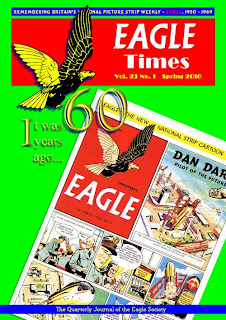 Spring 2010 Contents
The cover of this issue of Eagle Times commemorates the birth of Eagle 60 years ago on 14th April, 1950.
Posted by Will Grenham at 09:59