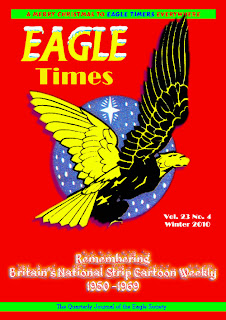 The cover shows the emblem from the Christmas issue of Eagle, 24th December, 1952
Posted by Will Grenham at 16:07